Bekavac History
|
Why Choose Bekavac
|
Considering Another Funeral Home?
|
Our Licensed Directors
|
Our Secretaries & Receptionists
|
Our Drivers
|
Other Support Staff

The Bekavac Family traces its roots in the funeral business to 1927, when Tony Bekavac began working at the funeral home he eventually came to own at 555 Fifth Street, Clairton, PA. Starting as a car washer and maintenance man, Tony, with his great personality, made it a point to focus his whole attention to being of service to the families of the Clairton area. In 1960, he erected what is the third structure at the address; a modern, single floor mortuary located directly across from Clairton High School. Upon Tony's untimely death in 1965, his widow, Patty Bekavac served as owner operator under a “widow’s license” in Pennsylvania and completed the construction program her husband initiated. Tony and Patty’s oldest son Paul, who was in the midst of his freshman year at the University of Notre Dame, left the campus to return home and help his mother run the family business. After completing his education at Duquesne University, Paul joined his mother as a very young director, but soon became one of the most respected operators in the Pittsburgh area. Now under the ownership of Tony's youngest son Daniel, the current structure can accommodate four families simultaneously, and features a chapel with seating for 85 and on-site parking. More than forty years later, our Clairton location has seen renovations and changes, but has always been and will continue to be a part of the local community. 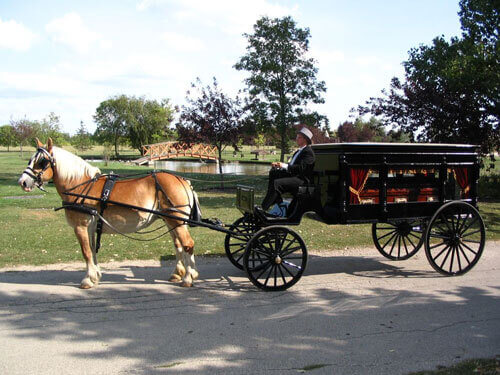 In 1972, Paul purchased the Winklevoss Funeral Home located at 221 North Second Avenue, Elizabeth, PA. Applying the same principles of dedicated personalized service, Paul's business outgrew the facility and in 1988, he built a totally new, much larger facility. After 36 years of dedicated service to the families of Elizabeth and surrounding communities, Paul decided to retire in 2004, and the funeral home is now under the direction of his eldest son, Tony. Featuring large viewing rooms, spacious lounge areas and a large chapel with seating for 115, the current facility also has parking lots that can accommodate over sixty vehicles. Conveniently located at the Route 51 interchange in Elizabeth Borough, the funeral home is easily accessed by the Mon Valley and South Allegheny County region.

In 1986, Daniel purchased our third location from Steve Pavlic. Located along Route 48 in Versailles Boro, midway between McKeesport and Elizabeth Township, the current facility has been expanded and now, as are the other Bekavac Funeral Homes, is completely handicap accessible. Recent renovations and updates have updated the exterior and interior, have increased comforts and amenities for our families, and have expanded the adjacent parking lot to over seventy spaces.

On February 4, 2021, we lost an integral part of our family and our business with the death of Paul E. Bekavac. Paul was instrumental in helping his mother to run the funeral home after his father’s death in 1965. He continued with an unparalleled work ethic for the next 39 years until his retirement in 2004.

As the Bekavac Family has expanded its service areas and enters its third generation of service with Paul's son, Tony and Dan's son Dan Jr., one thing has remained consistent since 1927 - our family members have on a twenty-four hour, seven day a week basis, been there to serve your family at a time of need. We are strongly committed to preserve our past, present and future.